The exhibition runs from 25 May to 5 August 2021 and features his latest graphics from the series “Urartian Warriors” and clay relief art objects from the collection “Cosmic Elements of Micro-worlds”.

If humankind were able to appropriate some elements from space, what elements would we choose? And what would they look like? These are questions that the artist Levon Aslanyan poses in his series, “Cosmic Elements of Micro-worlds.” The objects Aslanyan has created are physical embodiments of data derived from intergalactic elements. Given the unbridgeable distance between our planet and other astral entities, Aslanyan has chosen to interpret outer space by using line, color and texture to mold heretofore unknown forms. His artworks invite us to take a closer look at the unknown, by focusing our individual lenses on a set of elements that are strikingly alien and yet somehow familiar. 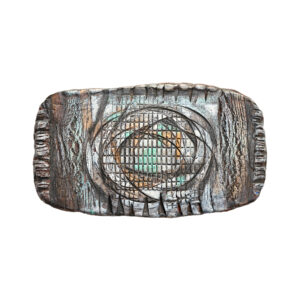 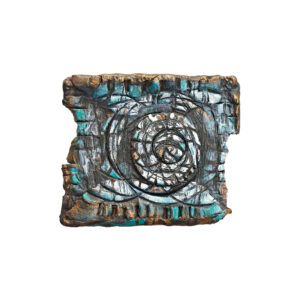 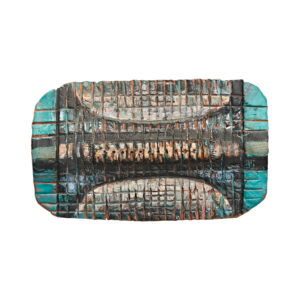 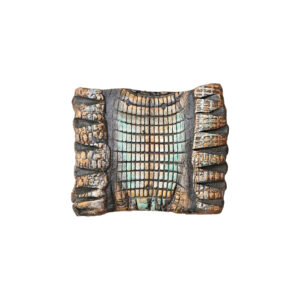 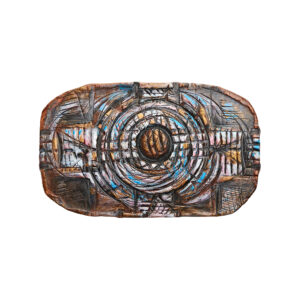 A new reality has brought with it a new definition of the word “warrior.” The arrow, the bow and the shield have been replaced by aerial contraptions like drones. The traditional role of the soldier has been radically transformed, the battlefield suddenly displaced into cyberspace.

Nowadays, humankind is in a constant state of war—be it economic, informational or cultural—and people have all unintentionally become warriors. Whether we like it or not, we have each become protectors or caretakers, responsible for defending a house, a land, a cultural heritage, a history, a language.

The works portray idealized soldiers from the inside out; expressionist brushstrokes and sharp lines render their faces indelible and drive the weapons they carry and the armor they wear into the background.

Aslanyan has chosen to focus on the inner peace and purity of a warrior who has overcome his fears—in stark contrast to the fragility and vulnerability of those of us quotidian ‘warriors’ who have not. 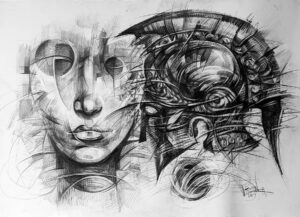 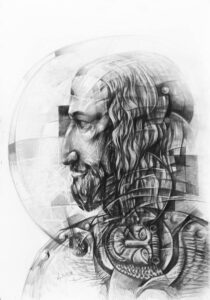 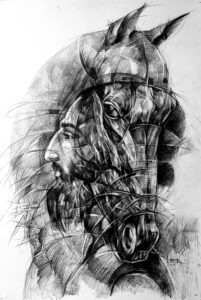 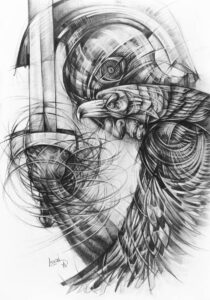